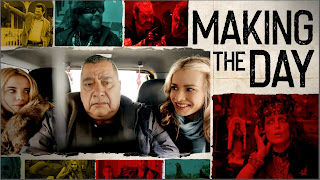 Co-Writer/Producer/Director Michael Canzoniero’s comedy Making The Day is a dazzling romp on the harrowing process of raising money for the production of an independent movie.

Steven Randazzo plays Nick, a character actor from the ‘80s/’90s, who has written a script celebrating his deceased wife.

Dwayne Hill plays a hulking mobster, who loans Nick $300K in cash to make the film, with the proviso he will get the money back in 90 days with a “clean check.” 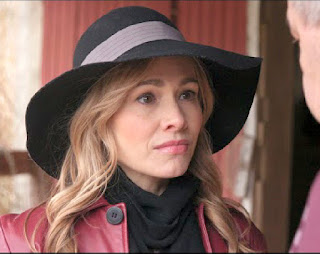 With the looks and dynamism of a combination Meg Ryan and Reese Witherspoon, Ms. Bennett sparks the film and is an example of why producers attempt making indie films; because it’s possible to vie with Hollywood by creating a gem like Making The Day.

Look for it in one of the online venues, if not in theaters.

Posted by FilmsToSeeOrNot at 1:25 PM

FilmsToSeeOrNot
Brian Porzak: I am a cinephile who likes to view films with a live audience. My taste runs the gamut, including indies, studio films, foreign films and most all genres. Because I see so many films, friends often ask me what to see. So, I thought I'd blog about what is worth seeing or not. As a writer/filmmaker myself, I hope to give a more uplifting perspective than the typical critic. Filmmaking is tremendously difficult. Just because some problems might exist in a particular work does not, necessarily, destroy its enjoyability and I think that is necessary to point out to would-be viewers. See www.Aix-en-Film.com